The 6th Nordic Biogas Conference, NBC 2016, took place 7-9 September on the Viking Grace cruiser. The advantages with a LNG powered ship became evident when the cruiser went silently and with clean exhaust gases through the Swedish and the Finnish archipelagos. 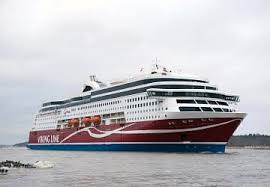 Approx. 135 participants and 8 exhibitors took part in this biennial event. The main take aways were:

The presentation by Renewtec on behalf of the European Biogas Association may be the solution to the last bullet point. There are several ways to produce renewable methane besides anaerobic digestion/upgrading. Gasification/methanation and Power-to-gas are two other options. When these three sectors make a joint effort, we will no longer talk about a marginal player but an industry with potential to decarbonize the energy system to a large extent.

Renewtec AB has just finished the engagement by the Paul Scherrer Institutet in Switzerland regarding the contribution, together with other research institutes, to a book on Synthetic Natural Gas for Wiley and Sons, New York. Renewtec AB has been responsible for the chapter related to GoBiGas I.

Gothenburg Biomass Gasification, GoBiGas, is the world´s first industrial scale bioSNG facility. In the first stage a 32 MWth plant has been erected in Gothenburg. The gasification technology is based on indirect gasification licensed by Repotec and supplied by Metso Power. The technology allows the production of a nitrogen free syngas suitable for methanation without the need for an Air Separation Unit (ASU). Much of the gasification development has taken place at the Technical University of Vienna under the direction of Prof. Hermann Hofbauer and the gasifier type is often referred to as the Hofbauer gasifier.

The methantion is based on the TREMP-technology provided by Haldor Topsoe. Haldor Topsoe has also been the supplier of the syngas cleaning.

More information can be found on the GoBiGas website.

On the 13th of May Renewtec AB visited GoBiGas I, the world’s first industrial scale bioSNG plant, in Gothenburg.

GoBiGas I has a capacity of 32 MWth and is expected to produce 20 MW bioSNG. The gasification technology, based on indirect gasification has been licensed by Repotec and delivered by Metso. Jacobs Process BV is responsible for the gas cleaning and methanation with Haldor Topsoe as technology provider.

On the picture Ingemar Gunnarsson (to the left) and Lars Andersson (to the right) from Gothenburg Energy are seen in the heart of the GoBiGas plant. Jörgen Held, Renewtec AB was given a full afternoon briefing on the technology and both minor and major issues was discussed with the competent and engaged GoBiGas staff.

The raw syngas from the gasifier is cooled in the syngas cooler and then filtered. In the next step the tars are separated through an RME scrubber. Unsaturated hydrocarbons, being a precursor to carbon deposition in the downstream catalytic processes, are saturated through hydrogenation. Sulphur is removed together with approx. 50% of the carbon dioxide content in an amine scrubber. A ZnO bed reduces the sulphur content to 0.1 ppm to protect the sulphur sensitive nickel based metahantion catalysts. After the methanation which takes place in four steps the gas is dried by zeolites and the bioSNG is delivered at a pressure of 5 bar.

Renewtec AB has been engaged by the Paul Scherrer Institutet in Switzerland to contribute, together with other research institutes, to a book on Synthetic Natural Gas for Wiley and Sons, New York. Renewtec AB is responsible for the chapter related to GoBiGas I.

On the last day of the year Renewtec would like to take the opportunity to thank all clients, co-financiers and project partners for the good collaboration.

2013 has been an exciting year considering the increasing interest in biogas and gasification of biomass and waste, the result of the “Fossil fuel free transportation sector 2030” investigation and the market development of gaseous and liquid biomethane. Who could guess that issues related to cross border trading of biomethane would be in the focus already this year?

2013 was also the year when GoBiGas started up. Having followed GoBiGas on a close range since 2005 it’s pleasing to note that the brave and forward-looking investment by Gothenburg Energy now is realized.

2014 is prone to be at least as interesting and eventful as 2013. Don’t miss out the opportunity to meet world leading biogas and gasification experts at REGATEC 2014, 22-23 May in Sweden. There the first experieces of the commission and operation of GoBiGas will be presented. A few months later it’s time for the biggest biogas event in the Nordic countries, NBC 2014, 27-29 August in Reykjavik, Iceland. If everything goes as planned a decision to build a demonstration plant for biomethane through gasification and methanation in Scania, the southernmost province in Sweden, may be taken.